Bundaberg Christian College's award winning grid-connected solar PV system and battery storage - the first of its kind in Australia - is playing an important role in its bid to be self-sufficient.

The college also upgraded its old fluorescent lights to LEDs which reduced the amount of energy it need for lighting. Before the upgrade the school faced demand charges that made up 60 per cent of their energy bill. The LED lighting, solar PV and battery storage eliminated those excess demand charges.

To meet the local network requirements we had to custom engineer a site master controller for smooth charging and discharging. Since the installation, we have kept monitoring the site to make improvements and get the system running at maximum efficiency.
Dimitar Iliev
GEM Energy

Installers and system designers GEM Energy say the $700,000 project is the biggest hybrid solar installation on a school in the country and the first of its kind in the way the system works.

BCC has a sustainability plan with a mission to be self-sufficient and it already sources 100 per cent of its water from rain water. The college is aiming to be a learning ground for sustainability and technology. 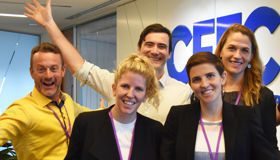 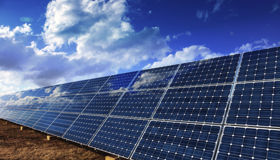