The three projects, developed by Neoen, feature single-axis tracking technology which is more efficient in capturing the sun's energy than fixed solar PV.

All three projects are feeding solar energy into the grid.

"The achievement of financial close for our three large-scale solar farms in New South Wales is another step towards Neoen's goal of owning and operating 1 GW of renewable energy assets in Australia. With long-term debt finance from the CEFC, and the support from ARENA, Neoen continues to invest in the future of the Australian energy mix, and deliver on its promises of building sustainable, competitive and renewable electricity."

The CEFC has committed almost a total of almost $150 million in finance towards the $230 million total cost of the three projects. The projects also received a total of around $16 million from the Australian Renewable Energy Agency (ARENA). 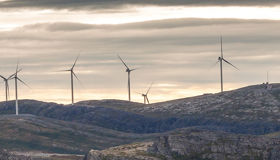