Finding and funding the green mortgage

Finding, and funding, the green mortgage

This article is also available on the KangaNews website

The prominence of the residential sector within Australia's economy and financial markets makes the mortgage a fascinating prospect for sustainable investment evolution. At the Australian Securitisation Forum's annual conference on 21 November, two market participants closely connected with the development of the local sustainable debt market discussed the prospects for investable green mortgages. This report is republished here courtesy of KangaNews.

Swiss What we'd like to do is establish what a green mortgage might look like, and what investors might want to look at when analysing a product based on them. To start with, how easy or otherwise would it be to identify and verify the characteristics of a green mortgage in the book with the scale of National Australia Bank (NAB)?

ZILELI What defines a green mortgage can vary depending on who you speak to, and in fact it can be quite subjective. Fortunately, the Climate Bonds Initiative (CBI) has released proxy criteria covering what could qualify as a green mortgage under its low-carbon residential buildings guidelines. These are really useful criteria for an issuer because they take the guesswork out and are very transparent.

When setting the criteria, what the CBI had in mind was a targeted trajectory towards zero emissions by 2050 - which is in line with the Paris Agreement. To meet this trajectory, the CBI has determined that existing properties will need to fall within the top 15 per cent for energy efficiency, in other words positioned as best in market.

The CBI has aligned this idea with each state's building code to determine criteria for residential buildings. This is why what we're talking about are proxy criteria. The CBI is planning to review these Australian proxies biannually , to make sure they align with emerging global standards and best practices.

From an issuer's perspective, having these characteristics around year of construction makes it relatively straightforward to identify a pool of eligible mortgages. How we identify green mortgages is also very transparent to potential investors.

However, the current proxy criteria only cover three states: New South Wales, Victoria and Tasmania. The reason for not including the other states is that their building codes have some limitations when it comes to addressing thermal efficiency, and also that the thermal efficiency of properties is a little easier to regulate for in the colder states.

My hope is that we will build on this great initiative of the CBI and get proxy criteria for the other states. This would enable a more representative pool of green mortgages to be developed by issuers in future.

Swiss Would a green mortgage need to be certified by an organisation like the CBI in order to be an investable product?

ZILELI  Green mortgages can be used in a number of products, including unsecured and covered bonds as well as securitisation. But I envisage that the process would be similar to what we have used for our unsecured green bonds - by which I mean we would need to outline the criteria used for selecting the eligible pool, choose a third-party verification agent and issue under an approved green-bond framework.

Swiss How would investors want to measure greenness in a mortgage-based product, and is it possible to do so beyond the new-build market?

LOVELL  The specific method Eva Zileli describes is really part of a broader methodology, which involves taking a set of existing assets and working out how to categorise some portion as sufficiently green. This is what the CBI standard does. This is a relatively passive method of determining eligibility, though it is a perfectly legitimate one. It simply looks at the available standards for energy efficiency for new dwellings and sets an appropriate cut-off for properties that are sufficiently high performing.

Something we're interested in is looking more closely at the full spectrum of available residential technology that goes above and beyond the relatively prosaic things like insulation and double glazing [see image below], but that we would like to see considered as some or all components of a green mortgage.

The CEFC doesn't expect to set standards around things like this, but what's interesting about this approach is that it can produce a scorecard method that is applicable to existing dwellings of any age, regardless of legislated minimum standards. This opens the potential for a far larger pool of properties which could be considered for a green mortgage.

At some point, the decision is made to finance a property that either already has these characteristics or where the financing incorporates their implementation. One way to do this is the top-down approach the CBI has laid out. Another might be to take an approach similar to a 100-point identification check, where a certain combination of assets incorporated into the dwelling's infrastructure would be considered green.

This type of approach is necessarily complex, but actually the theme of complexity is pretty emblematic for the green mortgage. Eva Zileli's point about different states' building codes is a good one: the approach taken to getting an energy-efficient house in Queensland is vastly different from that taken in Tasmania, for instance, given the different climates.

Where the use of technology approach could bear some fruit is its applicability to existing dwellings. Interestingly, the point at which a lender is financing a customer via a mortgage is often a really good one to have conversations about implementation of green technology. The lender knows what the customer's income is, what their spending behaviour looks like, how many dependants they have and, with a relatively small amount of additional work, what their electricity bills look like. With this type of information available, it doesn't take much more work to establish the value and cost of financing a 100-point dwelling. 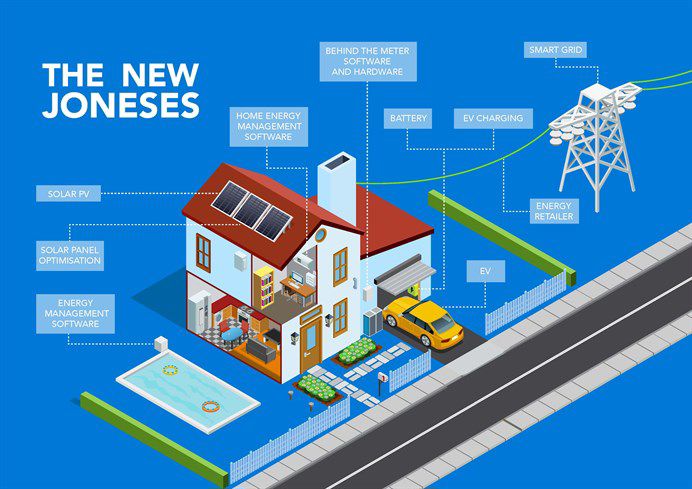 ZILELI  Would this 100-point system be based on a national scheme, like the ones in the Netherlands and UK? This could facilitate a much broader pool.

LOVELL  I think it could. There is a big role for regulators to play here - and obviously CEFC is a financier not a regulator. What I'd say is that every time you sell a house in Australia with a swimming pool you are required to have a fence around it. As I understand it, when you sell a house in the Netherlands you are required to have an assessment of the property's energy efficiency.

A national scheme that is sufficiently light-touch to be workable and that has the capacity to be improved upon would, I think, be a great step towards facilitating not only green mortgages but also a spectrum of greenness within them.

Swiss Going back to new builds, what is the role of property developers in producing green housing stock?

LOVELL  It's challenging. There are some great developers out there but as a rule it's not a sector which historically has adopted widespread highest standards of energy efficiency. We have to try to work out how to motivate developers to invest in - and be able to recover the capex from - building to a higher standard.

Happily, this is the right point to be addressing these issues - because it is far cheaper to put energy-efficiency measures in place when building a property than to retrofit them. So it's an appropriate time to do it, but there is an inherent mismatch between the motivations of a developer and of somebody looking to get a greener property.

We are keen to see progress here, and we are talking with a number of developers that are keen to make it happen too. As far as the creation of a pool of green mortgages is concerned, it's challenging and it's slow - because it takes time to build up stock. But ultimately what it should lead to is far better housing stock and - hopefully reasonably quickly - an appreciation that the upfront capital investment is of value throughout the lifecycle of the asset.

The start date for year of construction used in the CBI proxy criteria varies by state but the earliest building approval date is June 2004. This would give plenty of seasoning, certainly enough for RMBS issuance. I think the bigger issue is geographic concentration.

Swiss Is working with developers part of CEFC's mandate?

LOVELL  We will work with anyone - subject to the usual reputational and investment checks of course. Our mandate covers renewable energy but also energy efficiency and low-emissions technology, so the type of work I've described is certainly well within our mandate. In fact the development of any market-legitimate green-mortgage product is within our mandate.

Swiss Will homeowners expect some kind of loan-pricing concession to look specifically at green builds?

LOVELL  It's a good question. The reality is that most of the measures we are looking at pay for themselves over a reasonable life cycle. But people are generally rational beings, and if there's a concession on the table they'll maximise their own benefit.

There have been a lot of views internationally about whether green mortgages should have differential pricing compared with conventional mortgages. I don't have a firm view - there are a lot of complexities around who the lender is and the type of borrower.

ZILELI  It's also important to think about the cost of funds to the lenders. If we were to include green mortgages in a funding transaction - whether securitised or otherwise - would it price tighter than a nongreen equivalent?

My view is that there is growing awareness about sustainability and social responsibility, and that as a result households will commit to these types of initiatives - as they are already doing.

Audience question Is it plausible that mortgages could be retrospectively classified as green so that reasonable seasoning could be achieved, or will it take many years to build a potential green-mortgage pool?

ZILELI  The start date for year of construction used in the CBI proxy criteria varies by state but the earliest building approval date is June 2004. This would give plenty of seasoning, certainly enough for residential mortgage-backed securities (RMBS) issuance. I think the bigger issue is geographic concentration.

Audience question How would issuers deal with changes to the security behind the mortgage, for instance substitution of the property? What additional monitoring would be required beyond the standard practice for securitisation?

ZILELI  We would be required effectively to overcollateralise, by having more green assets in the pool than have been securitised, to allow for substitution rundown. The number of green mortgages in the pool would of course always have to at least equal the volume of green bonds outstanding.

As for extra checking, all our green transactions are subject to annual checking by a verification agent to make sure they remain in compliance with the relevant green criteria set out on issuance. I envisage the same would apply with a green RMBS.

LOVELL  I think it would depend to some extent on the approach taken. The passive approach described earlier would mean substituting one property for another clearly renders the green credentials of the mortgage redundant.

If, however, the approach of building a pool with fundamental characteristics of additional energy-efficiency measures has been taken, these active steps remain in place even if the borrower moves to another property. There is an argument in this case that substitution is not such a big deal if this is how the mortgages were qualified in the first place.

Green bank plays reinvention game
In the news — 01 Aug 2017
50 Shades of Sustainable Building
In the news — 13 Jun 2017
CEFC finance helps businesses and councils benefit from energy-from-waste technology
In the news — 09 May 2017
EcoGeneration: Large-scale solar funding roundtable: Powered by the sun … and money
In the news — 04 Apr 2017
Back to top