CEFC statement on the release of the LETS

The CEFC today welcomed the release of the Australian Government’s first Low Emissions Technology Statement (LETS) in support of its Technology Investment Roadmap. The Government has advised that it will use the LETS to prioritise its investments in new and developing technologies, including investments by the CEFC and ARENA.

CEFC Chair Steven Skala AO will join a new permanent advisory council that will provide advice on the preparation of future LETS.

The CEFC has a strong commitment to investing in innovative technologies alongside ARENA, with a shared goal of lowering emissions and developing a strong clean energy sector in Australia. We see the LETS as an exciting next step in this work and the CEFC looks forward to playing a key role in their commercialisation and development.

The CEFC has already started pursuing investment opportunities that support technologies canvassed in the Roadmap. We have established a $300 million Advancing Hydrogen Fund to drive the large scale deployment of electrolyser technologies, leading to technology cost reductions, improved supply chains, increased industry expertise and offtake opportunities in this developing technology.

The CEFC has a strong track record of leading investment in the clean energy sector on behalf of the Australian Government. Since inception, CEFC investments have helped drive more than $27.3 billion in additional private sector investment commitments Australia-wide. This experience and our commercially rigorous investment practices will enable the CEFC to continue to spearhead investment in new and emerging technologies as foreshadowed in the LETS.

Our specialist Clean Futures Team has a heightened focus on unlocking investment opportunities in new and emerging sectors aligned with the Roadmap and LETS. This includes opportunities to invest in grid connection assets which support large scale storage and a cleaner and more reliable grid. We are also backing residential battery storage and were pleased to commit up to $30 million to Australia’s largest Virtual Power Plant, which will benefit social housing tenants in South Australia, as well as contribute to grid stability.

As Australia’s largest cleantech investor, the CEFC backs Australian entrepreneurs through the Clean Energy Innovation Fund. Recent investments include Tenacious Ventures, which is supporting Canberra based start-up Gotera in developing technology to process food waste, and Loam Bio*, which is developing biotechnology to increase soil carbon levels, improving drought resilience and productivity while removing carbon from the atmosphere.

The Government has also introduced legislation for the creation of a Grid Reliability Fund, to be led by the CEFC, enabling us to further expand our focus on grid related investments with access to an additional $1 billion in capital. 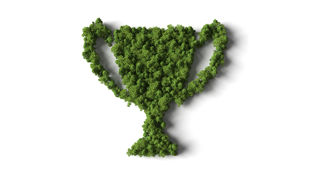