Meet the CEFC Board 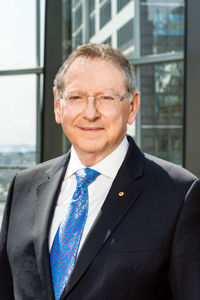 Mr Skala has a distinguished career of service on the boards of public, private, not-for-profit and government organisations, with more than 35 years of experience in the law, business and banking sectors.

He is the Vice Chairman, Australia of Deutsche Bank, a position he has held since 2004. Mr Skala has also served as a partner focusing on corporate, banking and commercial law in two leading Australian law firms for more than 20 years.

His other not-for-profit roles have included being Chairman of the Australian Centre for Contemporary Art, Deputy Chairman (Vice President) of the Walter & Eliza Hall Institute of Medical Research, Director of the Australian Ballet and a Founding Panel Member of Adara Partners.

In 2010, Mr Skala was appointed an Officer of the Order of Australia for service to the arts, business and commerce, and to the community. He has Arts and Law (Honours) degrees from University of Queensland and a Bachelor of Civil Law from University of Oxford.

Mr Skala was appointed to the CEFC Board with effect from 7 August 2017 for five years.

Ms Bond is one of Australia's leading engineers, with over 30 years’ experience. She has been a professional company director for 16 years, and as an executive, helped establish the Worley business in Queensland, the Northern Territory and Papua New Guinea.

Ms Bond is the independent non-executive chair of Synertec Corporation Limited and Mining3, and a non-executive director of Snowy Hydro Limited, Aurecon Group Pty Limited and QADO Services Pty Ltd.  She is also an advisory board member for the University of Queensland Master of Sustainable Energy, and the Australian National University Battery and Grid Integration Program.

Ms Bond has previously been a board member of public, private and government entities, including Liquified Natural Gas Limited, Coffey International, Tarong Energy Corporation, Territory Generation, the University of Queensland JKTech Pty Ltd,  Seqwater, the Australian Water Recycling Centre of Excellence, the Board of Professional Engineers of Queensland and the Queensland Building and Construction Commission. She was also chair of Brisbane Water.

Ms Bond was appointed to the CEFC Board with effect from 7 August 2017 for five years.

Mr Coffey has extensive experience across the financial services sector, with a distinguished career in senior roles in banking, including funds management, balance sheet management and risk management.

Mr Coffey served as the Deputy Chief Executive Officer of Westpac Banking Corporation from April 2014 until his retirement in May 2017. As the Deputy CEO, Mr Coffey was responsible for overseeing and supporting relationships with key Westpac stakeholders, including industry groups, regulators, customers and government. He was also responsible for the Group’s Mergers & Acquisitions function.

Mr Coffey began his career at the Reserve Bank of Australia and has also held executive positions at Citibank. Mr Coffey holds a Bachelor of Economics (Hons) from the University of Adelaide and has completed the Executive Program at Stanford University Business School. He is a graduate member of the Australian Institute of Company Directors and Senior Fellow of the Financial Services Institute of Australasia.

Mr Coffey was appointed to the CEFC Board with effect from 1 February 2018 for five years.

Ms Reed has more than 20 years’ experience in the energy infrastructure sector, including as Chief Executive Officer/Managing Director of Spark Infrastructure from 2008 until May 2012.

Ms Reed is a Director and a member of the Remuneration and Nomination Committee and the Safety, Risk and Compliance Committee of Ausgrid.

Ms Reed holds an MBA from Deakin University and a Bachelor of Business (Accounting). She is a fellow of Certified Practising Accountants Australia.

Ms Reed was appointed to the CEFC Board with effect from 1 February 2018 for five years. 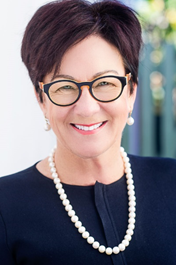 Mrs Slattery is a recognised leader in Australia’s financial services, superannuation, investment and retirement sectors, having led the transformational growth of the Self-Managed Super Fund sector as founder and former Managing Director/CEO of the SMSF Association.

Mrs Slattery was previously on the boards of the ASX-listed Centrepoint Alliance, AMP Life, National Mutual Life Australasia (NMLA)and the South Australian Cricket Association. She has also served as a member of several Australian Government Advisory Committees, including the Innovation Investment Partnership, the Industry Working Group, the Stronger Super Peak Consultative Group, the Future of Financial Advice, and the Federal Opposition’s Infrastructure and Innovation and Superannuation Industry Partnership.

Mrs Slattery was appointed to the CEFC Board with effect from 1 February 2018 for five years. 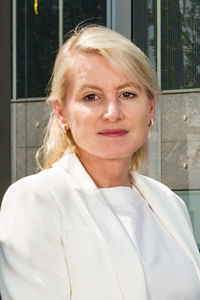 Ms Tough has had a distinguished and varied career in the energy, resources and engineering industries as both a director and senior executive. Ms Tough is Chair of Horizon Power, Chair of the COAG National Energy Selection Panel and is a Director of Saracen Mineral Holdings Ltd. Ms Tough is also Pro Vice Chancellor of Industry Engagement with the University of Western Australia.

Ms Tough completed a Bachelor of Laws and Bachelor of Jurisprudence at the University of Western Australia and worked as a barrister and solicitor before progressing to the commercial sector. She is a Fellow of the Australian Institute of Company Directors.

Ms Tough was appointed to the CEFC Board with effect from 7 August 2017 for five years. 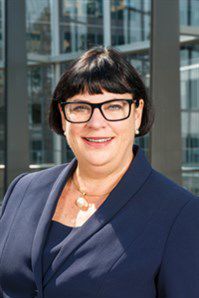 Ms Wakefield Evans is a non-executive director of Macquarie Group Ltd, Lend Lease Corporation Ltd, Metlife Insurance Limited and the national board of the Australian Institute of Company Directors. She is also a member of the Takeovers Panel, on the board of the University of New South Wales Foundation and a Director of the Goodes O’Loughlin Foundation Limited. She is also a former non-executive director of Chief Executive Women, BUPA, Asialink and Asialink Business.

Ms Wakefield Evans has almost 30 years of legal experience. She was a partner of King & Wood Mallesons for 20 years before retiring from the partnership in September 2013.

During her time at King & Wood Mallesons, Ms Wakefield Evans held a variety of part-time and full-time management positions, including Managing Partner, Practice and Managing Partner, International (located in the Hong Kong office) with responsibility for the development and growth of the international practice and the Hong Kong, China and London offices of King & Wood Mallesons.

Ms Wakefield Evans was appointed to the CEFC Board with effect from 7 August 2017 for five years.