Michael Hanna on the impact of infrastructure

The Green Files is a unique CEFC series where we talk to the people making a difference in the race to net zero emissions.

Michael Hanna’s career in infrastructure was inspired by a deep interest in the interaction between the physical, social, economic and natural environments – and this fascination is more relevant today than ever. As Head of Infrastructure, Australia for IFM Investors, Michael is leading the way in setting emissions reductions targets across his portfolio, and unlocking the enormous potential that infrastructure assets hold.

The need to address climate change is certainly not a novel concept for Michael. “IFM was a very early mover in the renewables space,” Michael explains. “I saw joining IFM as a great strategic opportunity, to be part of a business that had the right platform to keep growing.”

One of the driving forces behind the organisation’s proactive stance was Garry Weaven, former IFM Investors Chair. “He was a real visionary across many fronts,” says Michael. “As well as being one of the architects of the Australian superannuation system, he was passionate about climate change and the need to do something about it.

“While the issue of climate change was very niche in the eyes of investors at that time, Garry was absolutely right about the need to address it. This long-term view resonated with me – in the infrastructure sector, I believe the best decisions are made with that view.”

IFM Investors continues to make sustainably-focused investments a central part of its strategy. “We’ve been making significant ‘behind the meter’ investments for over a decade, starting with solar PV on rooftops at Alice Springs Airport and Darwin International Airport,” explains Michael. “The economics have since changed to make this increasingly viable, and we recently delivered one of the largest solar farms in Australia at Melbourne Airport, which is as big as 26 soccer pitches.”

Michael is quick to note that these investments are not made purely due to altruistic reasons. “We have to be realistic and recognise there’s an economic component and reputational aspect to the shift towards investing in renewable energy,” he notes. “Businesses want to do the right thing, but they also know they’ll pay the cost if they’re not visibly doing so. It also now makes good financial sense to generate your own energy. The economics of it work.”

This is important for IFM Investors, which is owned by a group of Australian superannuation funds. “IFM is focused on the end investor – and that’s one of the reasons I joined the business,” says Michael. “The fundamental objective is about outperforming the market to deliver investment returns over the long term. That very much aligns with my personal perspective on the way finance and investment should be.”

In 2018, IFM Investors won the backing of the CEFC – in its first equity commitment to Australia’s diversified infrastructure sector, the CEFC invested $150 million in the $12 billion IFM Australian Infrastructure Fund. This was followed by a second investment in 2022, with an $80 million CEFC commitment to the IFM Investors Private Equity Growth Partners Fund, which invests in and supports Australian-based mid-market growth companies.

“Investment from the CEFC was critical in allowing us to accelerate our existing plans and set more aggressive targets,” says Michael. “The CEFC also brings a valuable level of expertise to the relationship. We meet with the CEFC every three months as a matter of course. This regular, interactive dialogue enables us to stay on top of new technologies and new ways of doing things so that we can continually enhance our operations, enhance the product, enhance returns, and make an increasingly positive impact. It’s a very good dynamic.”

When it comes to ongoing progress in the infrastructure sector, it’s clear that Michael believes collaboration will be key. “We don’t own our assets 100 per cent, so we have to work with our fellow investors and the management teams at the assets. But this has actually motivated us to work collaboratively with industry peers to get some great outcomes.

“In March 2022 we launched the largest multi-asset, multi-state renewable energy PPA scheme in Australia, which we have developed in partnership with QIC. The end result has been so appealing that Transurban has joined us too. It’s a three-stage program, so we hope more of our peers and partners will get on board in future. Everyone understands that scale matters. This is reducing emissions and saving millions of dollars in energy costs a year. It has been great to see our sphere of influence grow in this way.”

When reflecting on the most important lessons he’s learnt to date, Michael circles back to the importance of having a long-term perspective, even if it means your views aren’t popular.

To achieve this kind of growth, you have to be bold and be resilient to criticism. You have to back your instincts and be on the right side of important issues, such as climate change.
Michael Hanna
Head of Infrastructure Australia, IFM Investors

“It’s extraordinary how much IFM has grown since 2006. We’re now the largest infrastructure fund manager in Australia, one of the largest globally, and we help manage the super and pension funds of more than 120 million people worldwide. To achieve this kind of growth, you have to be bold and be resilient to criticism. You have to back your instincts and be on the right side of important issues, such as climate change.

“Personally, I feel fortunate to work for an organisation like IFM, where I can explore the way people, development and the environment coexist. I get to live and breathe my interest in this every day.” 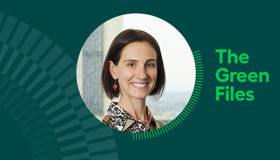 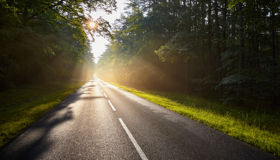 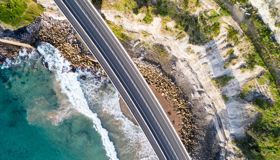 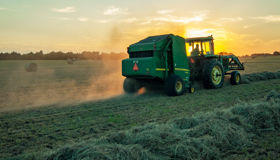