The CEFC congratulates Neoen on the expansion of the Hornsdale Power Reserve (HPR).

Neoen (ISIN: FR0011675362, Ticker: NEOEN), one of the world’s leading and fastest-growing producers of exclusively renewable energy, has completed their 50% expansion of Hornsdale Power Reserve (HPR). The 50 MW addition takes the world’s first big battery to an upgraded capacity of 150 MW.

Delivered in partnership with Tesla, the South Australian Government, and the Australian Government through the CEFC and ARENA, the increased storage capacity of HPR will further enhance its ability to stabilise the grid, avoid price volatility in the market and reduce the risks of blackouts. In a world first and in close cooperation with AEMO and ElectraNet, testing will now commence of the battery’s capacity to deliver grid-scale inertia services, an essential component of grid stability.

The benefits that HPR has unlocked for consumers are well established, with independent reviews indicating that the battery has already delivered more than $150 million AUD in savings to the market in its first two years of operation. With HPR’s enhanced storage capacity and its new capabilities, the benefits to consumers are predicted to grow further thanks to the higher penetration of renewables that it will enable.

The construction of HPR has also delivered a significant economic boost to South Australia. According to a report by Aurecon, the combined construction phases of the 150 MW battery has led to 158 jobs and generated over $300 million AUD in economic value for the State, half of this within the Yorke and Mid North region. The project’s Community Benefit Fund continues to provide opportunities for local community building initiatives and is forecast to provide over $1 million AUD additional social and economic benefits in coming years.

We are thrilled to announce the completion of the expanded 150 MW Hornsdale Power Reserve less than one year after its launch.
Louis de Sambucy
Managing Director, Neoen Australia

Louis de Sambucy, Neoen Australia’s Managing Director said: "This achievement was made possible through the dedication of the project team including our ElectraNet and AEMO counterparts, and with the ongoing support of our partners Tesla, the South Australian Government, the Australian Government through the CEFC and ARENA. With this expansion and the commencement of grid-scale inertia testing, Neoen continues to lead the way in battery storage innovation and reinforces its contribution and commitment to South Australia’s 100% renewable energy target.”

Dan van Holst Pellekaan, Minister for Energy and Mining said: “Our $50 million Grid Scale Storage Fund is making power more affordable and secure for households, including through this project, the first large demonstration in the world of how batteries can provide system strength similar to traditional power generation. This is a cutting edge service which will help address our historic system security challenges and allow us to adopt more renewable energy.”

The Hornsdale Power Reserve is a great example of the technological innovation that has developed to help us deliver cleaner, cheaper renewable energy across a stronger, more reliable grid.
Ian Learmonth
CEO, CEFC

Ian Learmonth, CEFC CEO, said: "As the first project financing of a stand-alone large scale battery in the Australian market, it also provides a model for other investors and developers as they consider grid-related technologies, which can be delivered in a relatively tight timeframe.”

Darren Miller, ARENA CEO said: “We are excited to see the expansion of Neoen’s Hornsdale Power Reserve reaching completion and continuing to play an important role in providing large-scale energy storage for the vast amounts of renewable energy produced in South Australia. Of critical importance to ARENA is the valuable information we will gain in showing that batteries are capable of providing inertia services and fast frequency responses to the grid, paving the way for potential regulatory changes and revenue streams to incentivise further grid scale batteries to be built across Australia.”

Alex Wonhas, AEMO’s Chief System Design & Engineering Officer, said: “AEMO congratulates Neoen on the successful completion of the expanded Hornsdale Power Reserve. We really appreciated Neoen’s collaborative approach throughout the connection process and look forward to working with Neoen to enable the optimal use of this world leading battery to support higher levels of renewable integration.”

Xavier Barbaro, Neoen’s Chairman and Chief Executive Officer said: ‘Neoen’s Hornsdale Power Reserve remains a beacon of global innovation and collaboration, and we will continue to build on this experience to deliver new world-leading projects that integrate renewable energy and storage for the benefit of industry and consumers. We look forward to continuing to deliver clean, efficient and cheaper renewable energy for all Australians.”

Neoen is one of the world’s leading and fastest growing independent producers of exclusively renewable energy. With a capacity of more than 3 GW in operation or under construction, Neoen is a high-growth company. Neoen is notably active in Argentina, Australia, El Salvador, Finland, France, Ireland, Jamaica, Mexico, Mozambique, Portugal and Zambia. In particular, Neoen operates France’s most powerful solar farm (300 MWp) in Cestas, and the world’s first big battery (150 MW storage capacity) in Hornsdale, Australia. Neoen is targeting at least 5 GW capacity in operation or under construction by end of 2021. Neoen (ISIN Code: FR0011675362, ticker: NEOEN) is listed in Compartment A of the regulated market of Euronext Paris. 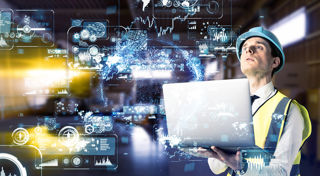 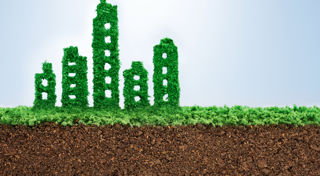 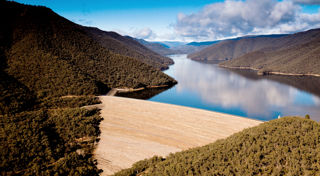 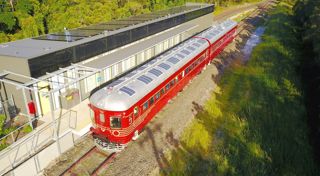