CEFC and Warrnambool light the savings way with LED 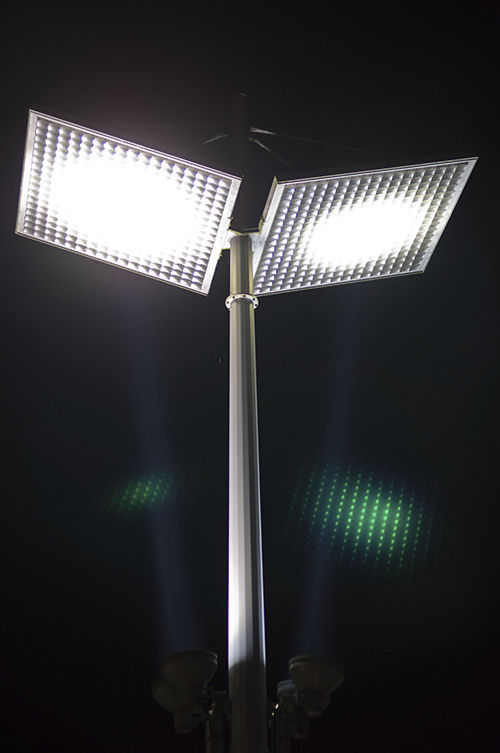 Warrnambool City Council is set to become the first in Australia to use highly efficient LED technology for a bulk changeover of residential street lighting, using finance from the Clean Energy Finance Corporation (CEFC).

The Victorian council is set to reduce its street lighting costs by almost 70 per cent through replacing about 2000 mercury vapour lamps with LEDs, following the recent approval of the technology by local network provider Powercor.

CEFC CEO Oliver Yates said there was strong potential for the $1.2 million Warrnambool upgrade, using about $600,000 in CEFC finance, to light the way for other councils seeking to substantially reduce their street lighting costs – the single largest source of energy costs and greenhouse gas emissions for the local government sector.

‘LED is still considered a “new” street lighting technology in Australia, but it is highly efficient and has a longer estimated life than other lights typically used to upgrade from inefficient mercury vapour technology,’ says Mr Yates.

Warrnambool City Council Mayor Michael Neoh says the council had assessed the increased benefits of LED technology against the higher initial cost involved, and was proud to be pioneering its adoption for residential streets in Australia.

‘It also fits neatly with the council’s key objective to be a sustainable city.’

Paul Brown, Managing Director of local government consultancy Ironbark Sustainability, which is assisting Warrnambool with the project, said that the new lights use 77 per cent less energy than standard mercury vapour streetlights.

‘By installing LED technology, Warrnambool is expecting to reduce its current street lighting operation and maintenance costs by 68 per cent,’ he said.

Apart from offering lower costs, and reduced energy consumption and carbon emissions, LEDs provide a greater uniformity of light along a street, better colour rendering and visibility, and their light output depreciates less over time.

The CEFC originally approved finance for Warrnambool council to upgrade its lights with fluorescent lamps last year, but extended its finance to enable the use of LEDs.

It is estimated that there are more than 2.5 million inefficient mercury vapour streetlights in use across Australia. In Victoria alone, the street lighting upgrade opportunities represent an investment of more than $100 million.

The CEFC has also provided finance for street lighting upgrades at:

Warrnambool City Council has a population of almost 34,000, and an average growth rate of 1.8 per cent. Located just over 260 kilometres south-west of Melbourne, Warrnambool is the largest city in the Great Ocean Road region, and Victoria’s largest coastal city outside of Port Phillip Bay. Warrnambool is the principal service centre for south-western Victoria, as well as being a popular retirement and tourist destination. The city boasts a campus of Deakin University, and contains a significant healthcare sector. Major industries and services include retail, tourism, education, health, dairy, meat processing and construction.

This project adds to Warrnambool Council’s objective of being a leader in sustainable practices in all aspects of its duties, including initiatives over recent years such as:

While Warrnambool is set to be the first council to undertake a bulk changeover of LED residential street lighting in Australia, the technology has been trialled and used in pilot projects elsewhere across the nation over the past decade.

While Sydney and Adelaide were both participants in a four-year 13-city global LED trial arranged by international not-for-profit The Climate Group, hundreds of local governments have carried out small- scale trials of LEDs.

Sydney announced late last year that it would replace about 6500 of its own conventional lights with LEDs over three years. The New South Wales state government has also announced that it will upgrade with LED technology across 41 council areas as standard lights fail and can’t be fixed. State-owned electricity distributor Ausgrid owns and maintains 250,000 streetlights on behalf of the 41 councils.

Around 1000 LEDs have also been installed in a handful of areas of the Pilbara Region of Western Australia through projects with Horizon Power and the Western Australian Local Government Association (WALGA).

Since August 2013, Victorian- based distribution businesses Powercor, CitiPower and SP Ausnet have announced that LED replacement options would be available for residential streets in these areas. Subsequently, Ironbark Sustainability has received requests from 34 councils to develop business cases for LED upgrades.

Ironbark Sustainability is a specialist local government consultancy that works with councils around Australia by assisting them to reduce energy and water usage through sustainable asset and data management and on- the-ground implementation.

Idyllic Warrnambool will upgrade its streetlights to LEDs