CEFC key to finance with retrofits

By working with Australia’s leading financial institutions, governments and utilities, the CEFC is offering finance to the commercial property sector for improvements that achieve greater energy productivity and reduce carbon emissions. 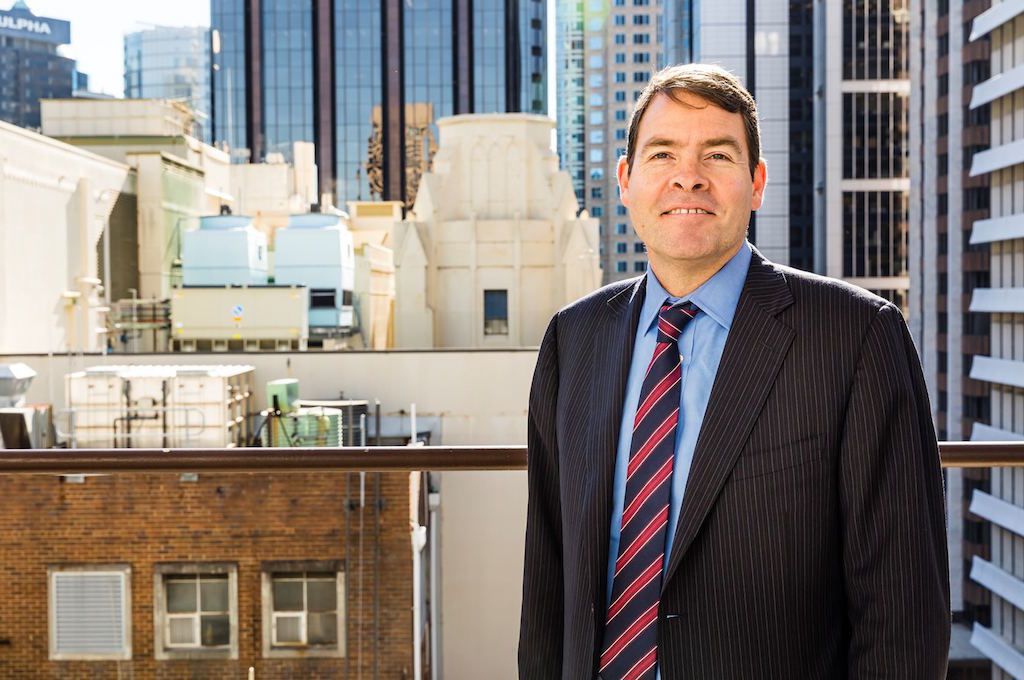 CEFC CEO Oliver Yates says the commercial property sector currently accounts for about 18 per cent of the CEFC’s portfolio of investments, with A$168 million of CEFC finance accelerating A$348 million in projects.

‘We’re providing a range of financing options and financing programs tailored to suit commercial property needs, whether you’re looking to improve the energy productivity of your building as part of a broader upgrade, or looking to benefit from the energy cost savings through solar power,’ Yates says.

Retrofitting for energy savings benefits is a trend in cities around the world.

In the United Kingdom, the City of London has undertaken retrofits on 42 public sector buildings, reducing their energy consumption by an average of 28 per cent. Within two years of launching a city energy efficiency initiative, Chicago’s biggest buildings have saved US$2.5 million in annual avoided energy costs through retrofits. And in New York, the success of the retrofit to the Empire State Building to cut energy consumption by about 38 per cent has seen the same model being rolled out in around 100 major commercial buildings across the United States, targeting the 75 per cent of energy use in urban settings that comes from commercial buildings.

The International Energy Agency estimates that worldwide investment in energy efficiency in buildings is set to grow to US$160 billion towards 2035.

Demonstrating its commitment to accelerating energy productivity savings for the Australian commercial property sector, the CEFC has developed a range of offerings, partnering with other institutions to provide finance for retrofits.

Under agreement with Australia’s leading non-bank commercial loan managers, the Balmain Corporation, up to A$100 million of CEFC finance will be used by Balmain for major building retrofits that improve a property’s energy efficiency, water usage, waste management and indoor environment quality impact by the equivalent of at least two NABERS stars. Under the agreement, Balmain will seek additional debt financing from other co-financiers, and equity to complement the CEFC’s finance.

Projects are approved on a case-by- case basis, with the CEFC and Balmain already working on the first project to be financed under the program.

Yates says the upgrades under the Balmain agreement will help property owners to increase average annualised returns from reductions in base building energy costs, with resulting improvements in property valuations.

‘Commercial property owners realise that while many of Australia’s commercial office buildings have good structures, they need upgrading to remain competitive, and our retrofit finance is a cost-effective way to give them a new lease of life,’ he says.

An environmental upgrade agreement (EUA) is another innovative financing mechanism for the commercial property sector that is gaining traction. With CEFC-supported finance for EUAs, building owners get competitive long-term finance to meet the up-front capital needs of retrofit projects. Loan repayments are made through a local council charge on the land.

The CEFC has provided finance towards seven EUA agreements in Victoria and New South Wales.

The most recent of these projects involves a 1960s commercial office building, owned by the Anglican Church on behalf of the Parish of St James in Sydney. Majority tenanted by barristers’ chambers, St James’ Hall in Phillip Street is expected to reduce its base building energy use by about 30 per cent once a A$700,000 upgrade to lighting, air conditioning and building management systems is completed.

The project was financed through an EUA involving the City of Sydney, NAB, Eureka Funds Management and the CEFC.

Other CEFC-financed EUA retrofits have involved installing new energy-efficient elevators; improved air conditioning, building management systems and lighting; and the installation of a trigeneration plant at a combined residential and commercial development. The projects have generally resulted in base building energy use reductions of up to 45 per cent.

EUAs are available for commercial properties in Sydney and Melbourne, and a number of regional centres in New South Wales. Legislation is in train in South Australia to enable EUAs in that state.

Rising to the vacancy challenge

There are significant vacancies in 20- to 30-year-old B- and C-Grade commercial properties in Australia. The challenge for owners of these buildings is to improve the tenant attractiveness of these buildings, which are competing with newer, more energy-efficient premises.

The Property Council of Australia’s 2014 Australian Office Market Report says that office vacancy rates are rising in most capital cities, reaching 10.4 per cent nationally in January 2014, and that investors are already targeting more buildings for refurbishment. 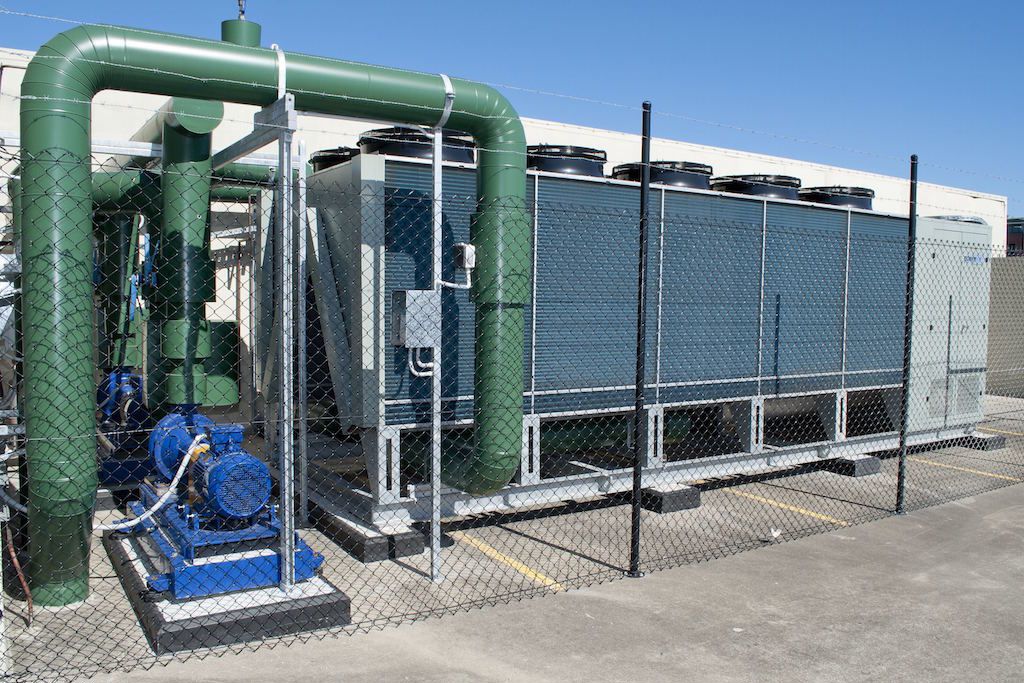 One of the CEFC’s early success stories in property refurbishment is through finance to real estate investment company Trident Corporation, which accessed A$1.5 million for energy efficiency improvements as part of a larger building refurbishment of the Limestone Street Centre in Ipswich, Queensland.

Trident Director Marcus Gaffney says that by accessing finance for the energy efficiency component of the upgrade, Trident was able to invest in other building improvements.

‘In this market, the CEFC is an asset for people looking to improve and extend the life of existing buildings, because it provides a way to bring those buildings up to a higher standard,’ Gaffney says.

To cater to a growing demand for solar financing, the CEFC is providing up to A$120 million towards three new programs totalling about A$200 million that will help expand and deepen the solar PV market in Australia.

These programs, targeting both commercial properties and the residential market, focus on power purchase agreements and solar leasing arrangements, and help overcome major solar investment barriers by removing the up-front cost and payback issues for customers.

‘While relatively new here, these products are well established overseas, and it makes sense – with Australia’s solar resources offering a natural competitive advantage – that businesses have the opportunity to use this advantage to take control of their energy costs now and for the future,’ Yates says.

The new financing models will be rolled out by established, experienced and accredited installation companies and suppliers over the next few years. The products are designed so that customers can focus on their businesses while the solar energy provider has the most suitable system installed and maintains the equipment.

What’s ahead for the CEFC?

The CEFC’s investments span a diverse range of economic activity, including agribusiness, waste coalmine gas-to-energy, wave energy, bioenergy, energy efficiency projects in local government and the community sector, and efficiency upgrades across the full spectrum of the property sector.

The CEFC is continuing to invest, using a commercial approach to overcome market barriers and mobilise investment in renewable energy, energy efficiency and low- emissions technologies.

As at 30 June 2014, the CEFC has contracted investments of over A$900 million in projects, with a total value of more than A$3 billion. The CEFC invests for a positive return, and its more than 40 direct investments and 25 projects co-financed under aggregation programs are expected to achieve an average financial yield of about seven per cent.

These CEFC investments are expected to achieve abatement of 4.2 million tonnes of CO2e per annum, with a positive net benefit to the taxpayer in the order of $2.40 per tonne of CO2e. They help to improve energy productivity for businesses across Australia, develop local industries, and generate new employment opportunities.

The CEFC operates under the Clean Energy Finance Corporation Act 2012.