From AMT Magazine, May 2014 edition

Manufacturers seeking to boost business through increased energy productivity and capacity are tapping into the expertise of the Clean Energy Finance Corporation (CEFC).

The manufacturing sector is highly energy-intensive, and since 2000, electricity prices faced by some manufacturers have increased by 115%. Combined with continued strength in the Australian dollar, conditions are tough for manufacturers striving to remain competitive. However, according to CEO CEO Oliver Yates, the CEFC's varied investments are helping businesses accelerate opportunities that reduce reliance on grid electricity and gas, improve capacity and energy productivity and reduce carbon emissions. 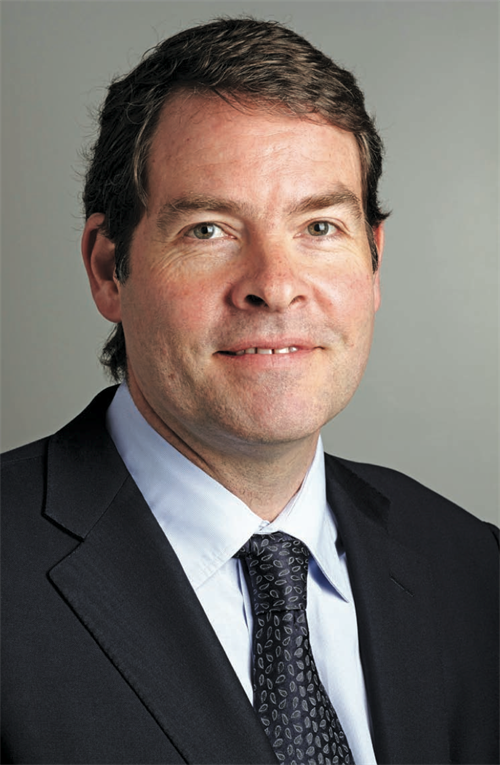 The Climate Institute has estimated potential savings from untapped energy-efficiency measures in the manufacturing sector would be worth $2.4bn in 2020. By financing energy efficiency, low-emissions and renewable technologies, the CEFC has built a diverse investment portfolio since last July, partnering with Australian banks, non-bank financiers and technology companies to accelerate growth in the low carbon economy.

"We've been developing finance that makes it possible for manufacturers to tap into those savings," says Yates. "Our own investments have proven that potential with savings through equipment upgrades reducing energy costs by anywhere between 14% and 50%, depending on the technology and the reliance of the business on grid electricity and gas."

ClimateWorks says the types of projects that present the largest potential are process design and optimisation, including improvements to motors, conveying, mixing and handling equipment, and reducing thermal losses to refrigeration systems, ovens, dryers, furnaces/kilns and boiler systems. Waste heat can also be captured and used to pre-heat materials and reduce the fuel inputs required to perform other industrial processes, reducing production costs. The CEFC's portfolio encompasses a number of these types of projects.

Many manufacturing businesses miss out on accessing the cost reduction benefits of energy efficiency improvements due to lack of internal capital and external finance for new equipment as well as issues with long project payback periods and a lack of information about available options. The CEFC is providing essential capital and sharing technical knowledge and valuable experience. The projects the CEFC has invested in help manufacturers reduce costs, increase efficiency and maintain international competitiveness. Many of these projects also have the added benefit of reducing waste disposal costs and reducing carbon emissions.

The corporation has already witnessed several inspiring success stories for those seeking to upgrade their operations.

"With finance for new ovens for specialised plastics manufacturers, waste-to-energy biogas plants for meat processors and egg producers, equipment such as new presses for label printers, and refrigeration upgrades for food processors, we've been helping manufacturers, particularly those in regional Australia, make substantial inroads into future-proofing their businesses," says Yates. "We're providing finance for these projects at a scale that simply hasn't been offered previously."

The CEFC is partnering with the Commonwealth Bank to make up to $100m available to manufacturers through the Energy Efficient Loan program, which tailors finance to match the cost savings delivered through upgrades.

"By upgrading to new technologies and more efficient equipment, manufacturers are making a difference to their business, increasing their production capacity, reducing their input costs and improving their profit margins," Yates explains. "We're helping these businesses  remain competitive in a rapidly changing environment so that they can continue to be the backbone of their communities, providing local employment opportunities and much needed stability to local economies."

Global Roto-Moulding, a specialised plastic products manufacturer, was able to more than halve its oven energy use through an upgrade its ovens enabled through the Energy Efficient Loan from Commonwealth Bank and CEFC. The company, which has operations in Ilrymple in Victoria and Helidon in Queensland, makes water tanks, children's playground equipment and custom-moulded machine parts for industry and primary producers. It is expecting to retain its competitive edge and operate in an environmentally responsible manner as a result of the upgrade.

"Through the Energy Efficient Loan we've also financed new printing presses for Labelmakers which provides labels for some of the nation's best known consumer brands," adds Yates. "The new presses operate at twice the speed and use half the energy of the old ones, reducing both energy costs and carbon emissions by about 14%. Substantial savings are also gained through reduced paper wastage and the use of solvent-based inks."

Two major fruit suppliers have also used finance through the CEFC to upgrade their refrigeration. In Wandiligong, Nightingale Bros expects to cut its energy costs by about 40% through upgrading to a modern ammonia-based refrigeration system using and Energy Efficient Loan. Similarly, last year Shepparton-based apple and pear suppliers Radevski Coolstores cut its energy costs by about a quarter through a refrigeration system upgrade for its 16 coolrooms using CEFC and Commonwealth Bank finance.

The CEFC is also helping manufacturers convert their waste into energy by financing biogas plant installations. It is working with biogas specialists Quantum Power to accelerate up to $40m in projects that turn organic waste streams into energy, offering manufacturers a solution at no upfront cost. Quantum Power builds, owns operates and maintains the biogas plants, providing energy to their clients at a predetermined price. The CEFC-Quantum Power alliance builds on the CEFC's previous biogas financing experience.

Global Roto-Moulding, which makes specialised plastic products such as children's playground equipment, upgraded its ovens through an Energy Efficient loan.

For example, in Jandakot, Western Australia, gardening products supplier Richgro is building a biogas plant that has the capacity to process more than 35,000 tons a year of organic waste, diverting it from landfill. The power produced is expected to meet the needs of Richgro's site. Similarly, egg producer Darling Downs Fresh Eggs is installing a biogas digester at its site in Pittsworth (Queensland), which will take poultry manure and other organic waste and turn it into power. It is expected to meet around 60% of the site's needs in its first year of operations.

"These businesses are reducing their waste output and associated expenses while turning it into something useful - power - which will further reduce their input costs. Their success supports a competitive, growing and productive sector that is vital to the ongoing sustainability of local communities and ultimately the Australian economy."

The Federal Government has identified the beef industry as highly exposed to fluctuations in international markets. In the past two years, CEFC finance has helped the country's largest meat processor and exporter JBS Australia to reduce its dependence on grid-connected natural gas by about half through the installation of a biogas plant. Meanwhile, a system installed at AJ Bush & Sons major rendering plant in Queensland helped the business cut its grid electricity consumption by 35%. 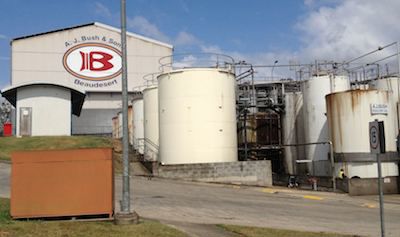 In its relatively short period of operation, the CEFC has brought the financial sector to the table and persuaded them to progress investment in clean energy technologies. By building a diverse investment portfolio, the CEFC has provided support to sectors across the Australian economy, including manufacturing, and has been successful in helping Australian businesses grow , while increasing the deployment of energy-efficient, low-carbon and renewable technologies. The CEFC's total portfolio is now over $700m and includes some yet to be announced projects. With a contribution of over $1.8bn by co-finance partners, the CEFC has catalysed investments in projects over $2.5bn in value.

The CEFC's cost of carbon abatement to date is in the order of negative $2.40 per ton CO2e. This means that, including borrowing costs, the CEFC expects to generate a positive return from its investments while reducing carbon emissions. Investments already have the effect of abating 3.88m tons of CO2e. The CEFC is on track to reach its target of $800m to $1bn invested in its first financial year with further new investments to be announced shortly.

"The important thing for manufacturers to remember is that we're  helping them help themselves," says Yates. "We're providing upfront finance options to catalyse change and enable manufacturers to  make productivity gains and cost savings sooner. It's part of our  broader investment mission to develop the capabilities and capacity for lowering emissions and enabling a globally competitive Australian economy in a carbon-constrained world."