Clean Energy Finance Corporation Chair Jillian Broadbent AO discusses the bank's approach to clean energy investment, its activities to date and the opportunities for the fund under Direct Action.

In 2014, parliament is expected to vote on the Federal Government's Clean Energy Finance Corporation (CEFC) abolition bill, which if passed will see the $10 billion fund dedicated to investing in clean energy projects abolished.

You've outlined that the CEFC has taken a conservative approach, using commercial rigour and avoiding excessive risk, and is making money for the Commonwealth. What's holding private firms back from doing the same?

While we operate commercially, the CEFC's legislative framework and funding for a public good outcome enable us to invest more time, effort and resources in transactions which have the public policy benefits than the market would acting alone. We work on transactions that might take more than a year to reach financial close because, for example, they are small, yet still complex; or are remote and involve special challenges like transmission issues; or are first in-kind technology that involves a range of skill sets that are not easily assembled in larger financial institutions.

Our focused capabilities and experience give us a unique capacity to work with the market to develop opportunities and reshape projects that might not otherwise proceed.

We make our investment decisions independently, based on rigorous assessment of the commercial business case, detailed due diligence and risk assessment on all projects, ensuring only those projects likely to deliver a return on investment in both an economic and an emissions reduction sense are supported with CEFC funding.

By catalysing investments in this way, our presence is encouraging private sector co-financiers to participate in projects alongside the CEFC. Already we can say that the evidence is there that the CEFC has added to the expertise and shared learning across the finance sector to build Australia's capacity to fund clean energy projects.

In its relatively short period of operation, the CEFC investment portfolio has been successful in creating jobs, growing Australian businesses and increasing the deployment of low carbon, energy efficiency and renewable technologies across the nation, all of which will improve Australia's emission reduction options and help lower their cost.

As a policy tool, the CEFC model could be a highly effective complementary mechanism to the Emissions Reduction Fund (ERF). There is clearly a role that will need to be played for some institution to work with private sector banks to facilitate the types of projects that are likely to bid into the ERF.

If the ERF is implemented in its currently proposed format, where contracts are awarded for a maximum of five years, with payment post-delivery of abatement, then as a financial incentive, the fund may (depending on the successful auction price) marginally improve a project's payback, but it won't address up front capital barriers or help address split incentive issues facing project proponents. 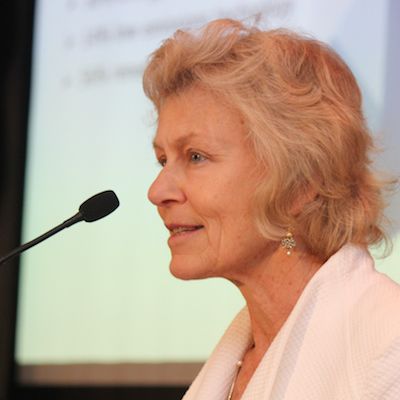 It is very possible that, at least for the first few auction rounds, traditional private sector financiers may not perceive sufficient revenue tenor or certainty to commit large amounts of funding to prospective projects.

Based on international experience, multilaterally and in Europe, and more recently in the US, the CEFC and the ERF could be complementary measures, where funding and carbon procurement work together to facilitate emission reduction projects at least overall cost.

The CEFC's experience in helping develop and attract finance for projects and its portfolio of investments demonstrates how Direct Action projects could be realised at a profit to government where, for a range of reasons, the private sector is still reluctant to invest.

As an example, if Direct Action, and the ERF more specifically, are intended to provide a financial incentive to deliver the lowest cost abatement then energy efficiency, and commercial buildings in particular, are likely to be key target areas.

The abatement potential of Australia's existing building stock has been well documented and is widely accepted, with frequent reference to Australian building energy efficiency measures being some of the most cost effective abatement measures available.

The CEFC's own track record in financing building owners for energy efficiency upgrades through Environmental Upgrade Agreements, on-bill financing, leasing and Energy Efficient Loan financing, demonstrates the range and types of partnerships with major Australian financiers, councils and utilities which would enhance and accelerate the Direct Action policy outcomes. These types of finance overcome the common and widely prevalent barriers to energy efficiency activity by offering access to up front capital for terms to support projects.

Another area is using waste coal mine gas and landfill gas to generate energy. The CEFC has entered into an arrangement with Energy Developments Limited (EDL), arguably the Australian leader in this field, to finance $75 million investment in new projects generating energy from waste coal mine gas and landfill gas. EDL will also use CEFC funds for remote generation solutions involving hybrid technologies that use renewable energy. Under the reverse auction mechanism proposed under the ERF, these emissions reductions would be delivered at a cost to the taxpayer, as the Government would purchase such emissions reductions. In contrast, the CEFC's investments are made on a commercial basis and deliver a positive return to the CEFC, creating more benefit for the taxpayer.

The Government has suggested that its ERF, lowest cost abatement projects may include clean up of waste coal mine gas, clean up of power stations or capture landfill gas; energy efficiency improvements in Australian buildings and industrial facilities; reforestation of marginal lands, or revegetation, or improvement of soil carbon. Renewables are noticeably absent from this list. Would the CEFC's operations or focus change under Direct Action?

The CEFC has set this out in two recent submissions, available on the website. The CEFC has proven itself as a flexible and cost-effective policy tool, with a mission which is complementary to Direct Action.

The CEFC has significant direct experience facilitating cost-effective direct action on abatement in Australia by way of its portfolio of investments. We have expressed a willingness to work further with the Government to contribute to the achievement of its Direct Action goals.

The Direct Action policy focuses on reducing emissions within Australia as a means to effect Australia's contribution to this global problem. This is also CEFC's core mandate and the CEFC is in a position to deliver emissions reduction while achieving a return on investment for taxpayers.

In this context however, it is worthwhile pointing out that the Clean Energy Finance Corporation Act 2012 provides that we must ensure that after 1 July 2018, at least half of our investments at that time are in renewable energy technologies and related technologies while the remainder is allocated to energy efficient and low emissions technologies.

How will private investment in clean energy evolve alongside the CEFC?

The CEFC is the catalyst bringing the financial sector to the table and persuades it to progress investment in clean energy technologies.

As such, we believe that the CEFC is demonstrably crowding in, not crowding out, market finance. The positive response from the private sector towards investing with us on a commercial basis has been tremendously encouraging. This offers the promise of further growth in the sector.

For example, CEFC involvement with other co-financiers in aggregation finance for smaller scale investments in the energy efficiency field for small-to-mid-sized businesses is providing a demonstration of the benefits to encourage others to follow. The CEFC's role is to develop these market segments with a co-finance and/or delivery partner with a view to exiting once the market is established.

Looking ahead, the CEFC is developing a number of innovative approaches to scale up and deepen the Australian clean energy and energy efficiency market, including:

The CEFC has invested 5 per cent of the total $10 billion fund. What outcomes do you expect if the full amount were to be invested? Over what timeline would the $10 billion be invested?

Based on the existing CEFC portfolio mix, if the CEFC invested $10 billion over the next four to five years in a portfolio mix of projects like its current portfolio, this could theoretically achieve 64 million metric tons of carbon dioxide equivalent (Mt CO2e) of emissions reductions in the year 2020, which represents about half of the total required to meet the 2020 abatement target (i.e. an estimated reduction of 131 Mt CO2e).

This serves as an illustration and we fully acknowledge that some levelling off is to be expected. However, the basic point remains: even being conservative and applying a heavy discount to this assumption, the contribution the CEFC could make to meeting the 2020 abatement target is still substantial and this abatement could be achieved at a positive return to the taxpayer (i.e. lowest cost of emissions reductions even net of Government borrowing costs and operational costs).

Once the $10 billion is invested, would the CEFC still be needed to continue leveraging the flow of funds for commercialising and deploying renewable energy?

The 2012 Energy White Paper estimated Australia's energy investment requirements of $240 billion through to 2030 for domestic energy generation, transmission, distribution and gas pipelines. Even allowing for this amount to be substantially lower, it remains a fact that there is significant investment required to ensure that Australia has the energy infrastructure required to meet changing needs and technologies to support the nation's growth and development.

Private capital will be essential to fund this investment. In the energy sector, whilst funds are relatively readily available for highly rated, low risk investments, it is innovative projects and investments in market take-up of newer technologies, including for energy efficiency, which may struggle to find competitively priced capital.

This demonstrates that long-term capital, long-term commitment and focused expertise are necessary to move efficiently towards a lower carbon future. The CEFC is encouraged by the strong endorsement of its role by private sector financiers and project proponents, who have entered into agreements with the CEFC.

Were it to continue, the CEFC would see it developing this role further, for example through expanding the investor base to encourage the participation in renewable and low carbon energy investment across all investor classes (such as retail investors and superannuation funds) to broaden the knowledge base of the sector and reduce the cost of capital that the sector faces.

The CEFC's strong pipeline and the ongoing level of interest in the market encourage an expectation that this will continue, as current investments are proven success stories, thereby contributing to development of the clean energy sector and the growth and diversification of the economy as a whole.

Of course, the ultimate measure of the CEFC's success would be its eventual redundancy as a finance facilitator, where the private sector has developed an appetite sufficient to cover the future finance requirements of the clean energy sector.

Jillian Broadbent has had a distinguished career in the banking sector. In 2003, she was made an Officer of the Order of Australia for service to economic and financial development in Australia and the community through administrative support for cultural and charitable groups. Ms Broadbent was a member of the Board of the Reserve Bank from 1998 to 2013.

Ms Broadbent also serves on the board of Woolworths Limited and is the Chancellor of the University of Wollongong. She was a director of ASX Limited (February 2010 to October 2012), Special Broadcasting Corporation (SBS), Qantas Airways Limited, Westfield Property Trusts, Woodside Petroleum Limited and Coca Cola Amatil Limited (1999 - 2010).