WME: Why Oliver Yates is Our 'Person of the year'

Each year the WME  brains trust sits down to pick the issue of the year and the key player in it, the one making real change beyond the headlines and rhetoric. Richard Collins reports. 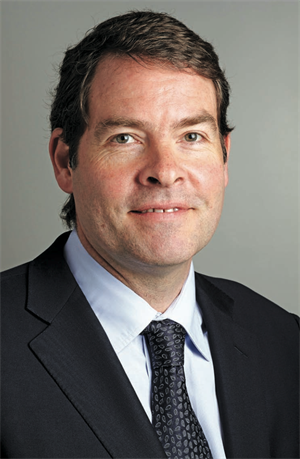 If we accept the carbon tax really was one of the key federal election issues - rather than horror at Labor dysfunction generally - then it's hard to ignore it as the key environment business issue of 2014. The front page coverage and fevered industry group submissions on the repeal process back that up.

But the most interesting player this year in the carbon space, the one with the potential to redefine carbon abatement as simply business as usual, is the Clean Energy Finance Corporation. Once derided as "Bob Brown's bank", under tyro CEO Oliver Yates it has shifted the goalposts on carbon - and at press time for WME was still in with a shout at surviving the axe from a federal government committed to decluttering the carbon furniture.

Yates and chair Jillian Broadbent may not be household names, but their sophisticated financing products have unlocked ways to cut carbon that take politics out of the picture and put business squarely in the driving seat.

"Our financing demonstrates to the market the commercial potential of these investments, including financing that matches repayment terms to energy cost savings," Yates told WME in a statement.

"We're showing those considering investment in clean technology that there are ways forward involving innovative finance that works for both project proponents and private sector investors."

Broadbent told a recent Senate committee the CEFC could facilitate a full 60% of the abatement required to hit the national 5% emissions reduction target.

With only 5% of its $10 billion kitty invested, this year it will strip 3.9 million tonnes of CO2-equivalent out of the national carbon account. Yates adds the real kicker.

"Our cost of carbon abatement is approximately negative $2.40 a tonne," he said.

"We have been able to achieve this through mobilising an average $2.90 of private sector investment with every $1 of CEFC investment. The CEFC's participation has been largely without concessionality [below market rate] and our contracted investments are expected to earn an average return of approximately 7%, which is 4% above the government's cost of funds."

They're the kind of numbers that back up Yates' pitch of the CEFC as a market catalyst rather than just a Greens-inspired subsidy provider. So how was it done?

The CEFC has to date deployed $536 million, with 56% going into renewable technologies, 30% into energy efficient and 14% into low emissions technologies.

For the latter categories it has used a combination of direct corporate finance and "aggregation funding", such as the two joint-funded $100 million Energy Efficiency Loans (EEL) schemes with the Commonwealth Bank, one for business and one for councils.

"This agreement with Commonwealth Bank offers clean energy finance opportunities to manufacturers and other sectors at a scale that simply hasn't existed until now," Yates said in unveiling the agreement mid-year.

"These loans are designed to help businesses upgrade equipment for improved energy efficiency and can be used to finance up to 100% of the project cost, enabling businesses to preserve their working capital."

EEL financing helped Labelmakers install new printing presses that cut energy costs by 14% and save more than $4 million a year in operational costs.

It also funded an upgrade for apple and pear supplier Radevski Coolstores in Victoria, reduced its refrigeration energy use by about 25% and reduced costs by about $140,000 a year.

With loans ranging from $500,000 to $5 million and terms offered up to seven years, Yates said the deals would typically fall below the threshold for most commercial banks.

"Our lower cost of funds, flexible structuring and capacity to match the terms of financing to the life of the assets allows us to de-risk transactions so that private financers become involved," he said.

The CEFC has also paired with the National Australia Bank to jointly fund Environmental Upgrade Agreements for building retrofits, where the risk is reduced on a loan for energy and other environmental improvements because it is secured through a special local council charge on the land.

And it has partnered with Flexi Group to offer Energy Smart Finance leases for equipment via an online calculator, application and response.

"We would very much like to work with sustainability officers to help them get projects done within their own organisations, including trust arrangements," Yates said.

"We would set up an internal trust that the company would manage and the sustainability officer would be on the board of, with us, to fund projects with an internal pot of money.

"That allows a decent discussion with (company) treasury about how you get those activities done that are not getting the attention internally because of competing capital requirements."

Australian Alliance to Save Energy chair Jon Jutsen cites several barriers to building the business case for energy efficiency, including the lack of familiarity among middle and senior managers and the paucity of data. He recommends further engagement and data meters, respectively.

But even once a business case has been established, the project has to compete with other demands for capital and time. Given companies have been reluctant in years to take on debt for what is often seen as non-core business, energy efficiency has been a tough sell.

Yates said under the trust model they could consider contributing, say, $50 million to a special purpose vehicle within a company to help it commit to $300 million worth of projects over time.

Beyond business as usual

The CEFC is also willing to slice and dice the finance model as required, including specific project finance.

Sundrop Farms, for example, proposed building a 20 hectare greenhouse in South Australia to grow 15,000 tonnes of tomatoes a year. It planned to use solar thermal technology to desalinate seawater for irrigation and to heat and cool the greenhouses.

The economics were apparently sound, but the project was stuck as it sat uneasily between the traditional banking areas of project finance and agribusiness. The CEFC helped Sundrop conclude a syndicated finance facility in August, with the CEFC contributing around 25% of project funding, a private sector bank another 25% and the remainder by equity.

"In arriving at our investment decisions we consider a wide array of factors that a private sector financier would be unlikely to consider, in particular the additional or external benefits our participation provides for Australia and the clean energy sector," Yates said.

"We're demonstrating what is possible in the market, and our success stories are building confidence in the sector for future investors."

And that's why Yates and the Clean Energy Finance Corporation get WME's nod for player of the year.