The CEFC congratulates Genex Power on reaching financial close on the 250 MW Kidston Pumped Storage Hydro Project – a world first pumped storage hydro project using an abandoned gold mine. The CEFC has been pleased to work with Genex on this exciting Far North Queensland development since 2017, when we committed $54 million in debt finance to the project.

The initial CEFC finance was repaid in 2019, with the CEFC subsequently committing up to $19 million in subordinated debt finance to facilitate construction of the 50 MW Jemalong Solar Project. The 2019 Genex refinance, which was independently verified as a Green Loan and certified under the Climate Bonds Standard, also included senior debt lenders NORD LB, Westpac and DZ Bank AG.

Find out more about how we’re working with Genex Power to continue to support solar storage and renewable energy resources.

Genex Power Limited (ASX:GNX) (Genex or Company) is pleased to confirm that it has now reached financial close for the 250MW Kidston Pumped Storage hydro Project (K2-Hydro). Financial close signals the satisfaction of all conditions precedent associated with the Project, including subscription of equity and full effectiveness of all Project Documents as well as the ARENA funding agreement and the NAIF loan facility.

Financial close for the Project follows settlement and allotment of 106,990,005 shares in Genex at $0.2337 per share to J-POWER, who now become the largest single shareholder in the Company with a 10% interest. Upon completion of this share subscription, Mr Kenichi Seshimo from J-POWER has now been appointed to the Genex board as a Director.

The Company continues to ramp up construction activities at the Kidston site. These activities include the installation of accommodation units at the Oaks Rush accommodation village and at Kidston, upgrade of the access ramp to Elridge Pit, and installation of a new communication system. Rock material sampling and testing for concrete production has been completed, and pumps are being mobilised to site to commence the initial dewatering of the Elridge pit.

“Today is a landmark moment in the history of Genex Power, and also marks and important step in the roll out of large-scale energy storage capability in the National Electricity Market. Financial close for the Kidston Pumped Storage Hydro Project is a monumental achievement for the Company and is one Genex has been working towards for over 5 years. I am pleased to report that site preparation activities at Kidston are now well progressed as we prepare for full scale Project construction activities over the next few months.

I would like to thank J-POWER for their significant investment and ongoing support of the company since 2019, and am very pleased to welcome Mr Kenichi Seshimo to the Board of Directors at Genex. We look forward to working closely with J-POWER through construction of the Kidston Pumped Storage Hydro Project and the development of the Kidston Wind Project, and we are excited at the prospect of developing further joint investment initiatives with our largest shareholder.

Further, I would sincerely like to thank the Queensland Government for the significant $147 million funding support for the Project, together with our financiers NAIF, ARENA and the CEFC for their continued commitment and longstanding support of Genex and the Project. This is an important Project for North Queensland and is an excellent example of Federal and State Government collaboration. We would also like to recognise EnergyAustralia for their ongoing support and for committing to the structured long term offtake arrangement which has allowed Genex to secure the level of debt required to fund the Project.

We look forward to providing regular updates to the markets as we continue to ramp up construction activities at the Kidston site.”

The Hon Cameron Dick, Treasurer and Minister for Investment, said:

“The Queensland Government has played a crucial role in getting the Kidston Pumped Storage Hydro Project over the line to secure a strong renewables future in North Queensland and unlock hundreds of renewable jobs. Our Government is providing $147 million funding for essential transmission infrastructure to link the Project to the National Electricity Market and help develop a clean energy hub in North Queensland. Our State-owned Powerlink will build, own and operate a 186 kilometre transmission line and associated infrastructure, creating over 400 new jobs during its construction.

With the Kidston Hydro Project itself supporting over 500 construction jobs and around 25 operational jobs, the Palaszczuk Government continues to drive investment, create jobs and growth, and lower electricity prices for Queensland households and businesses.

“The Kidston pumped hydro storage facility is a big project and an Australian first that will serve the energy needs of Queensland customers, while advancing our company goal of being carbon neutral by 2050.

EnergyAustralia is proud to be underpinning the Kidston pumped hydro storage facility, which provides another example of how we’re leading the energy transition in Australia. The project will provide the stability our system needs and deliver reliable, affordable and cleaner energy. It’s also a terrific example of governments and industry working together to deliver the best outcome for customers.

EnergyAustralia congratulates Genex and the project’s other stakeholders on today achieving financial close.”

“NAIF was an early supporter of the transformational Kidston Pumped Storage Hydro Project and we congratulate the project sponsors on achieving financial close. This is a transformational project for North Queensland and it is pleasing to see that construction activities have commenced on site. NAIF looks forward to continuing our partnership with the project parties as they work towards construction and delivering the significant economic and employment benefits to the region.”

Genex Power Limited is focused on developing a portfolio of renewable energy generation and storage projects across Australia. The Company’s flagship Kidston Clean Energy Hub, located in north Queensland, will integrate large-scale solar generation with pumped storage hydro. The Kidston Clean Energy Hub is comprised of the operating 50 MW stage 1 Solar Project (KS1) and the 250 MW Kidston Pumped Storage Hydro Project (K2-Hydro) with potential for further multi-stage wind and solar projects. The 50 MW Jemalong Solar Project (JSP) is located in NSW and provides geographical diversification to the Genex Power Limited portfolio. JSP was energised in early December 2020 and commissioning is now underway. Genex is further developing its energy storage portfolio via the early stage development of a 50 MW standalone battery energy storage system at Bouldercombe in Queensland. With over 400 MW of renewable energy and storage projects in development, Genex is well placed as Australia’s leading renewable energy and storage company. 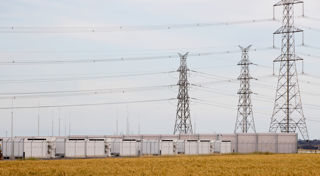 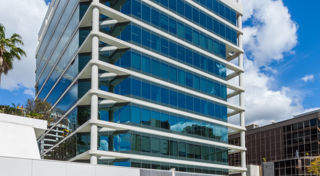