When the Coalition government issued a directive that the Clean Energy Finance Corporation not invest in rooftop solar and wind farms, it perplexed everyone from banks to business.

Of the $500 million the CEFC invested last year, nearly half went to these two technologies, as it has since the green fund's inception in 2013.

According to CEFC chairwoman, senior businesswoman Jillian Broadbent, the fund is about investing not spending, which is a key difference lost in the current debate.

"We're getting on with purpose of the CEFC Act – not rebelling against the government," she says.

Broadbent, who is a former Reserve Bank board member as well as an economist and financier, is very conscious of the cost and availability of funds on investment decisions and the role the market plays in economic growth. 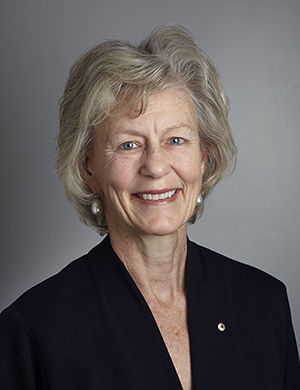 "What we are doing at the CEFC is working in the marketplace with co-financiers and project owners to grow the renewable energy market and leave a legacy where the market can do the heavy lifting without direct government support.

"We need to wean ourselves off direct government support and that's why a tool like the CEFC is so effective," Ms Broadbent says.

It would seem the latest attack on the CEFC has managed to stir support for the fund, with Kate Carnell, a former Liberal Party chief minister for the ACT and now chief executive of the Australian Chamber of Commerce and Industry, telling the recent Clean Energy Summit in Sydney that the CEFC should be supported as it's promoting an effective market.

Broadbent welcomes the ACCI's support because the effectiveness of the CEFC depends on growing the market.

As for Australia's energy future, Broadbent says it's important Australia has a range of options for the future.

"The ability to access cheap energy is very important for our competitiveness, as it has been in the past and will be in the future. What we don't know is what is going to be cheapest source of energy," Broadbent says.

"What we do know is renewable energy has high upfront costs, although they are coming down, and the input costs are low. So we do know renewable and distributed energy will certainly play a growing part in the mix."

How big a role was outlined in Bloomberg New Energy Finance's Energy Outlook 2015,which estimates over half of Australian energy generation capacity will come through a combination of solar and storage capacity behind the meter by 2040.

The challenge for Australia is to now successfully develop renewable energy sources; Broadbent is confident we can.

"We're a nation that is over-endowed with energy resources both conventional and renewable. What we've already done is successfully develop conventional energy sources and underdeveloped the renewable sources."

She acknowledges a lot of innovation and research in renewable energy has been successful here but the commercialisation has taken place overseas.

"The take-up of renewable technology is more prevalent internationally. The CEFC has even approved a project that was invented in Australia but applied in 10 different countries outside of Australia.

"With technology it's going to be a long race and you need a long term-energy view. So yes, while costs are coming down it does require a national ambition to change the energy mix for the long term. You can't do this overnight."

Part of that ambition is obviously having broad-reaching bipartisan support, but also a combination of government grants to promote research, innovation and development as well as a sector-focused investment fund such as the CEFC.

For Broadbent, a fund such as the CEFC brings in other co-financiers and project partners. She says through the discovery of new financing techniques, mixed with demonstrated success stories and the take-up of technologies, you come down the cost curve.

"The economics get better, the sector moves along and the market does the heavy lifting.

"What's required is the bringing together of industry, environmental and energy policy, and the CEFC could be a tool in integrating those policies.

Beyond government, the CEFC has already demonstrated success in making investments as well as sometimes bringing together financiers and project owners and not putting money in at all. The fund has committed $1.4 billion in funds to projects worth $3.5 billion. Moreover, the private sector has matched $1.80 for each dollar of CEFC investment.

'NOT JUST ANOTHER BANK'

"We're not just another bank though, and we're not just giving banks money. The CEFC is a co-financier and what we're all about is mobilising private sector skills for a public policy outcome.

"With the government having been a bit stop-start in the sector, banks haven't focused on it. It's hard for them but, importantly, we speak the language of banks and we're in the marketplace.

"We are able to say an investment fits inside the same parameters of something you've invested in before."

Interestingly, the CEFC model functions well in Britain through the Green Investment Bank, as well as in over 10 US states.

"What we all understand is the market isn't efficient in the clean energy sector at the moment, but we're working towards that. We're demonstrating projects that are getting up and operating so we can then come down the cost curve."

As for the constant upheaval and uncertainty in the sector, including last week's directive from the government, Broadbent says it makes things difficult for a sector-specific lender.

"If we are we constrained to a tighter market it makes it difficult for us to operate.

"We are all committed to economic growth and if we want to be very competitive internationally we need a national ambition to shape the right energy policies."