The Kiamal Solar Farm, near Ouyen in north-west Victoria, is the first Australian project to be delivered by leading international developer Total Eren, further diversifying the investment profile of Australia’s solar sector.

Total Eren will include a 190MVAr synchronous condenser as part of the Kiamal generating system, facilitating a timely connection to the Victorian Transmission System, as well as strengthening the grid in the north western Victoria area for the longer term.

Total Eren is also working with TransGrid to deliver a new 220 kV Kiamal Terminal Station and Collector Substation, with the two 180MVA transformers designed and manufactured locally by Wilsons Transformers in Victoria.

CEFC CEO Ian Learmonth said: “This exciting project will contribute to a stronger and more reliable grid, able to accommodate an increasing share of low emissions solar energy in the future.

“While Australia’s world leading potential in solar energy in well known, the reality is that we require considerable new investment to take advantage of this low cost and low emissions energy resource. The CEFC continues to play a central role in working alongside exciting new investors such as Total Eren as a way of increasing the flow of capital into our clean energy transition. We’re also seeing new opportunities for the CEFC to invest in projects as an equity partner, allowing us to diversify our own investment portfolio for the longer term.”

Total Eren CEO David Corchia said: “The successful Financial Close of Kiamal constitutes another important milestone in Total Eren’s development in Australia. With our first project in this country, we are excited to be able to contribute to the shift towards renewable energy in Australia and to local development in Victoria.

“I would like to thank our financing partners ANZ, ING and Natixis, as well as CEFC and our outstanding team on the ground who together enabled us to go ahead with the construction of what will be the largest PV power plant in Victoria and one of Total Eren’s largest solar assets worldwide.”

Mr Learmonth added: “The CEFC is pleased to support the innovative approach to offtake contracting reflected in the Kiamal project. The use of multiple power purchase agreements demonstrates the potential for a diverse group of customers to hedge their energy costs while supporting the development of new large-scale renewable energy projects.

“We are confident this is a model that can be embraced by more manufacturers, commercial enterprises and government agencies as they explore ways to further control energy costs as well as lower their emissions.”

The Kiamal development is expected to reach commercial operation later in 2019. Victoria’s largest solar farm, it will include more than 718,000 PV panels with single-axis trackers covering some 500 hectares of land. It is expected to produce enough electricity to meet the needs of more than 133,500 homes and displace more than 610,000 tonnes of carbon dioxide emissions annually.

Total Eren is seeking to expand the Kiamal Solar Farm with a second stage of up to 213.5 MWp of solar PV panels, as well as exploring commercial options for the approved 270MW / 1,080 MWh energy storage system.

Founded in 2012 by Pâris Mouratoglou and David Corchia, Total Eren develops, finances, builds and operates renewable energy power plants (solar, wind, hydro) representing a gross capacity of more than 2,300 MW in operation or under construction worldwide. Through partnerships with local developers, Total Eren is currently developing numerous energy projects in countries and regions where renewable energy represents an economically viable response to growing energy demand such as in Eastern Europe, Central Asia, Asia Pacific, Latin America and Africa. In April 2019, Total Eren integrated NovEnergia into the Group thus extending its presence notably into Southern Europe. The objective is to achieve a global net installed capacity of more than 3 GW by 2022 on top of the NovEnergia Power Plants. Since December 2017, Total S.A., the major energy company, has been participating as a shareholder of Total Eren. 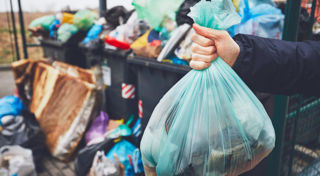 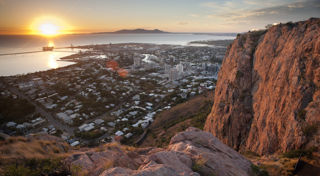