The CEFC congratulates Neoen on a significant breakthrough that will enable the Hornsdale Power Reserve (HPR) to deliver inertia services to the National Electricity Market. In 2019, the CEFC committed $50 million to help build the HPR, one of the world’s largest grid-scale batteries. Find out about how we’re backing big batteries to make a big difference.

A minimum level of inertia, in conjunction with frequency control services, is needed both during normal operation of the electricity network and after major disturbances. Inertia has traditionally been provided by gas or coal fired generators. The closing of thermal power plants and increasing volumes of renewable energy are resulting in inertia shortfalls in the grid, a serious network issue that batteries are now able to overcome. In addressing these challenges, this innovative solution represents a breakthrough of global significance.

Located in a critical part of the network, HPR will automatically provide the necessary stability to the South Australian grid, which has reached 64% renewable penetration over the last 12 months. HPR now has the capacity to contribute an estimated 2,000 MWs of equivalent inertia or around 15% of the predicted shortfall in the State’s network, which serves over 1.7 million people and 150,000 businesses.

Inertia services are a valuable addition to the impressive toolkit of Neoen’s batteries which already includes energy arbitrage, fast frequency response and frequency regulation. Neoen’s grid-scale batteries are fast and flexible, with the ability to deliver multiple services at the same time to their clients, using different fractions of their capacity in response to needs arising in the network and in the market.

This landmark achievement is the result of two years of extensive trials and intensive collaboration between Neoen and battery technology provider Tesla, working closely with AEMO and ElectraNet, South Australia’s network operator. Together they completed the necessary studies, testing and analysis to deploy this pioneering technology at scale for the first time.

This major initiative received support from South Australian Government, who committed AUD$15m across 5 years through their Grid Scale Storage Fund, and from the Australian Renewable Energy Agency (ARENA) who contributed AUD$8m as part of their Advancing Renewables Program. HPR had also been supported by a long-term debt facility from the Clean Energy Finance Corporation (CEFC), its first investment in a standalone grid-scale battery.

Louis de Sambucy, Neoen Australia’s Managing Director, said: “We are delighted to announce the successful deployment of inertia at Hornsdale Power Reserve. This achievement was forged through outstanding teamwork: I’d like to acknowledge the dedication of our team and our long-term partners at Tesla, as well as our trusted counterparts at AEMO and ElectraNet. It was made possible through the support of South Australian Government, and of the Australian Government via ARENA and the CEFC. In pioneering the delivery of grid-scale inertia, Neoen continues to lead the way in battery storage innovation, reinforcing its contribution and commitment to South Australia’s 100% renewable energy target.”

Daniel Westerman, AEMO’s CEO, commented: “The strong collaboration with Neoen and supporting partners to develop an inertia-enabled grid-scale battery demonstrates what can be achieved to support Australia’s once-in-a-century energy transformation.”

Tom Koutsantonis, South Australian Minister for Energy and Mining, added: “The Hornsdale Power Reserve was revolutionary when we commissioned it back in 2017 and continues its pioneering role. It is leading the innovation of inverter-based technologies - paving the way for more, much needed large scale storage projects both in Australia and beyond. Expanding the capabilities of the Hornsdale Power Reserve by activating Virtual Machine Mode, a first for the world, further demonstrates South Australia’s commitment to global leadership in the adoption and integration of renewable energy to improve grid stability and energy reliability, while bringing power prices down for all South Australians.”

Darren Miller, ARENA CEO, said: “Neoen’s Hornsdale Power Reserve is a pioneering project that aims to demonstrate the full technical capabilities of what batteries can achieve with advanced inverter technology installed. Improving the economics of energy storage is going to be key in our transition to high shares of renewable electricity. We congratulate Neoen and all the project partners on this great achievement and look forward to more grid-scale batteries becoming equipped with advanced inverter capabilities.”

Ian Learmonth, CEFC CEO, said: “Hornsdale Power Reserve is an outstanding demonstration of the market-changing role of large-scale batteries in the race to net zero emissions. There is no question that Australia needs a stronger, modernised electricity grid, supported by grid-scale storage, if we are to capitalise on the enormous benefits of our renewable energy resources.  We congratulate Neoen on reaching yet another important milestone, which is building confidence in our clean energy grid of the future.”

Xavier Barbaro, Neoen’s Chairman and CEO, concluded: “I would like to thank the Neoen team and all our partners who have made this major innovation possible. Once again Neoen demonstrates our ability to extend our range of service offerings, creating additional layers of value for existing battery storage investments. We are proving that our assets can replace fossil fuels not only in the production and storage of electricity, but also through providing all the essential services that a power system needs to function. We are keen to build on this progress, continuing to innovate and to accelerate the transition to renewables in Australia and around the world.” 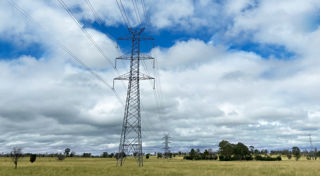 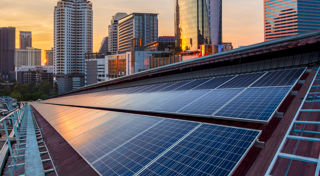 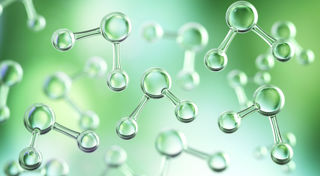 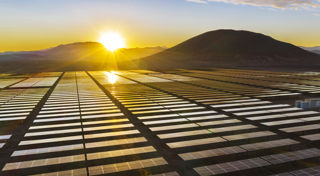