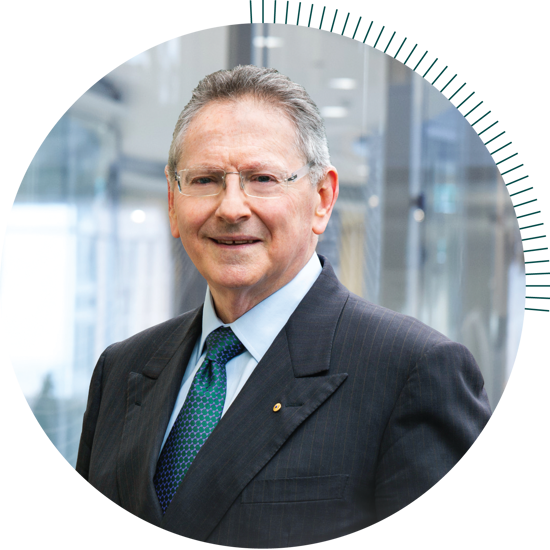 I am pleased to commend the 2020–21 Annual Report of the Clean Energy Finance Corporation.

In another year marked by the disruption of COVID-19, the CEFC demonstrated its position as a market leading financier and investor both catalysing and participating in a wide range of transactions supporting Australia’s transition to a low emissions economy. The CEFC continues to meet its public policy objectives.

Reflecting on nine years of operation, the ongoing evolution of the CEFC and its ability to deliver on its purpose confirms that its unique business model is effective.

The CEFC is harmonising three separate investment goals successfully: it is investing directly in areas where there is innovation or an undeveloped market, it is doing so while also crowding in private sector investment to achieve important environmental and energy outcomes and substantiating the creation of markets; and it operates in a way that covers its cost of operations and, after taking into account imputed funding costs, generates a surplus for taxpayers.

New commitments made by the CEFC for 2020–21 totalled $1.37 billion, taking lifetime commitments to $9.54 billion, driving a total transaction value of $32.8 billion in clean energy investments.

The CEFC recorded $184.4 million of normalised surplus1 from operations in 2020–21, a new record since it began investing and reflecting a steady increase over time, despite the constraints of COVID-19. From $30.7 million recorded in 2016–17, to the pleasing result this financial year, the CEFC financial performance in the past five years has been very sound, especially having regard to its core objectives and the limitations within which it operates.

In 2020–21, $823 million was received by the CEFC through debt amortisation and repayments together with bond and equity sales, achieving a lifetime figure of $2.5 billion. This is money that is effectively recycled and becomes available to be reinvested by the CEFC in clean energy investments.

It is notable that every dollar committed by the CEFC this year attracted $2.68 in private capital, with lifetime leverage of some $2.40. Also notable is that the CEFC portfolio of investments will yield an estimated carbon abatement of more than 8.7 Mt CO2-e per annum on average. The CEFC portfolios of investments currently are achieving a combined annualised rate of return since inception of 4.62 per cent, and an annualised rate of return over the past five years of 4.63 per cent. This is a modest but positive return to taxpayers, that is sufficient to more than cover all the CEFC operating costs and an imputed cost for the funding provided by Australian Government, and reflects properly the risks and challenges of the CEFC operating in the clean energy space and within its policy overlays.

From the early years following inception, where the CEFC focused on catalysing the nascent solar and wind industries, to the current reporting period which is characterised by ground-breaking investments in transmission, hydrogen and storage, the cumulative effect of the CEFC investment impact grows year on year. The CEFC performance reflects a maturing organisation with effective leadership and a business model that deals with change through time.

The CEFC has been building steadily on the foundations established in its earlier years of operation to make significant progress on its public policy objectives. To continue this momentum, the CEFC now targets new technologies and harder-to-abate sectors, along with the challenge of investing in exciting innovations that can spearhead further decarbonisation.

The CEFC has a strong track record of investing in new technologies. Working alongside ARENA, the CEFC is confident that it can draw on this expertise to unlock new opportunities in priority technologies identified in the Australian Government Low Emissions Technology Statements (LETS). This year, in my capacity as Chair of the CEFC, I was pleased to join the Technology Investment Advisory Council, a new permanent advisory body established through the Department of Industry, Science, Energy and Resources (DISER) to provide advice, amongst other things, on Government technology investments priorities as articulated in the annual LETS.

Looking ahead, a large range of dynamics have the potential to affect the pace, manner and profitability with which the CEFC delivers on its objectives in the coming years. These include the readiness for investment in technologies identified in the LETS, the evolution of voluntary carbon markets including those involving Australian Carbon Credit Units, uncertainty about the speed with which transmission networks can be upgraded to accommodate the build out of renewable energy, and technical advancements required to ensure that the grid can safely, reliably, securely and efficiently use the growing availability of renewable energy sources. In addition the publication of two more reports from the Intergovernmental Panel on Climate Change (scheduled over the next 12 months) and progress at the 26th meeting of the UN Climate Change Conference of the Parties in Glasgow show the scale of the opportunity for further investment to realise our climate goals.

Throughout the year the CEFC delivered on policies that demonstrate its commitment to good corporate citizenship. The CEFC launched its Environmental, Social and Governance Policy, which was approved and adopted by the Board to provide an ESG overlay linking established policies and guidelines. The policy recognises the fact that effective management of financial and reputational risks, including matters related to ESG, supports the CEFC objectives and mission. The Board has incorporated this perspective into investment decision processes and criteria.

The organisation is also aware that while its investments will always have a core focus on clean energy technologies through renewable energy, energy efficiency and/or low emission technologies, there is also opportunity for the CEFC to realise further positive impact through its investment activities. Illustratively, this year the CEFC made its first statement under the Modern Slavery Act 2018 to guide it in identifying, assessing and mitigating the risks of modern slavery in supply chains and operations. As a Commonwealth corporate entity, the CEFC is committed to the objectives of the Act, and as a specialist investor operating on behalf of the Australian Government, it aspires to the highest standards of ethical behaviour in its operations.

The CEFC continues to work closely with the Minister for Energy and Emissions Reduction, the Hon Angus Taylor MP and the Minister for Finance, Senator the Hon Simon Birmingham, and their respective offices, DISER, the Department of Finance and officials. The CEFC appreciates their constructive support and interest.

I thank CEO Ian Learmonth, the Executive, and all the employees of the CEFC for their professionalism and ongoing commitment, and the hardworking Board members who dedicate their knowledge and experience, to help the CEFC deliver its public policy objectives on behalf of all Australians.

1. The normalised surplus from operations excludes gains brought to account through holding bonds and loans at fair value, together with the non-cash expense and revenue related to concessional and loan modification charges and revenue received from government through appropriation.